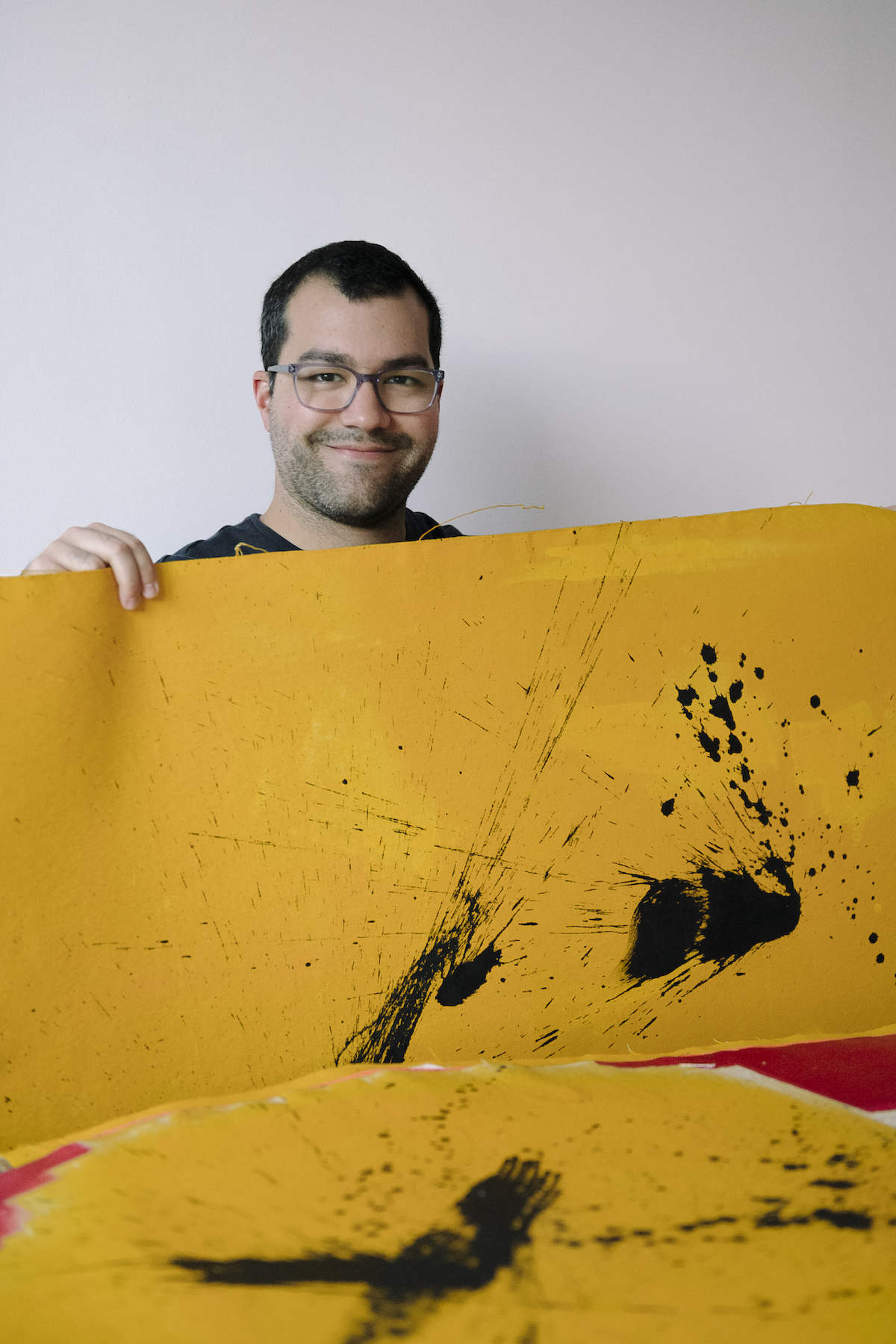 Juan Luis Landaeta is a New York-based, Venezuelan-born visual artist, composer and writer. Drawing his inspiration from the hustle and bustle of his city of choice, and the intense cultural life that goes with it, Landaeta displays and deploys a wide range of cultural activities. As a composer, he has been involved in diverse musical productions. As a writer, he has published two collections of poems (a rare feat for someone his age): La conocida herencia de las formas and Litoral central, both of them critically-acclaimed. As a visual artist, his daring exploration of form and line, his gravity-defying drawings led to the Jardín desierto exposition, a show that took place in Williamsburg in 2017, and that was widely visited and commented. More recently, his mixed-media show La identidad de la línea took place in Washington D.C. Part of his artistic work can be found in the exceptional book-object Cercano alrededor, a volume dedicated to his artistic endeavor.